The fruit plant has both productive and ornamental utility, and the ancient populations had already noticed this. The history of the cultivation of fruit plants is very intense and it is interesting to discover the various steps up to the present day.
In fact, neat rows of fruit plants all the same is a fairly recent type of cultivation. Once, in fact, there was no clear distinction and were cultivated together with vegetables and ornamental plants without distinction. The place where they were grown and cured was called "garden", often surrounded by walls, and considered an almost heavenly place by the Persians, who called it "pairidaeza".


The birth of agriculture seems to date back to 10,000 years ago, in the so-called "fertile crescent", in particular in Mesopotamia, but the first certainties of cultivated fruit plant were identified in Babylon, whose hanging gardens were considered one of the Seven Wonders of the ancient world. Built in 590 BC by King Nebuchadnezzar, these gardens enjoyed a system of avant-garde irrigation for the time, which was part of the many innovations brought into the sector by the Babylonians and the Assyrians.


The system of irrigated gardens was then imported from the Egyptian society, which had begun to build beautiful gardens, like that of Meten, as early as 2700 BC. at least.
Even the Arabs built wonderful gardens, especially citrus fruits such as bitter orange, cedar and lemon. These places were often used as an area of ​​rest and relaxation by the rich and powerful, and they enjoyed numerous religious symbolism that recalled the Muslim paradise: the subdivision into 4 parts represents the 4 rivers of water, wine, milk and honey that They would cross. Merit of the Arabs was also the spread in the Mediterranean of these technologies, especially in Sicily, where it still remained a fine example of Arab garden in Agrigento, the Garden of Kolymbethra.


Even the ancient Greeks were experts in the construction of walled gardens, whose main crops were figs and olive trees, but also dried fruit was much loved.
In the ancient Romans the garden was called "hortus" and, as was the ancient tradition, it also had fruit, aromatic plants and foodstuffs in its interior. The gardens, used as a place to relax embellished with fountains and sculptures, were instead detached from the "horti".
During the Middle Ages vegetables were widely cultivated because all the social classes fed on them. Anything else is valid for fruit, not accessible to anyone as considered elitist food, due to the encumbrance and the delicacy of the plants. Worthy of note of this period is the so-called "Garden of the Pope", built between the end of the 1200s and the beginning of the 1300s, it was an agricultural area located near the papal residence with a good part planted with vines.
During the Renaissance the fruit became a widespread food among the nobility, in particular as regards the famous "Triumphs" composed of fruit pyramids served during banquets.


From the end of the 1500s plants of American origin began to spread in Europe, such as potatoes, beans and tomatoes, becoming almost immediately popular. The same thing happened on the contrary, with many European and Asian plants that reached the vast American continent, especially those most useful to settlers.
From that moment on, the technical and technological achievements have contributed to the development of new equipment and advanced cultivation methods able to guarantee a great quantity and quality of the fruit trees. We continue to improve even more and make mass productions more efficient, and Maccanti Vivai is one of the leading companies in the sector. 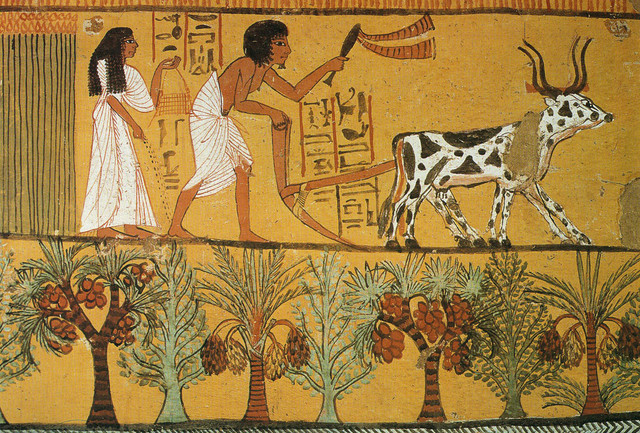